The Titty Mug is an Iconic piece of art, which in the club resides as the loosers trophy. The Titty Mug have been donated to the club from one of its fans, and since the Titty Mug trophy goes back to the earliest days of the club it resembles a very significant part of the clubs legacy and will continue to do so for many years. 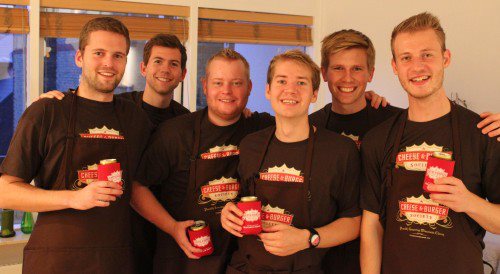 Danes from Copenhagen proudly honoring the Cheese & Burger Society since 2010. We meet up every month and eat homemade burgers.

Get to know us on